Expanding the Limits of Academic Medicine 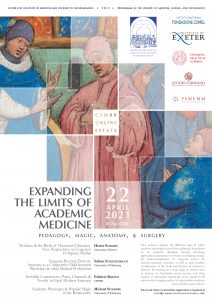 This Webinar explores the different ways in which medicine developed beyond the traditional boundaries of an academic discipline thereby informing approaches and practices as diverse as pedagogy, magic, the professionalisation of surgeons across the German-speaking countries, as well as early modern visualisations of the body and theories of action at a distance. By drawing on a wide range of sources such as treatises by humanists, travel reports, and close reading of anatomical manuscript notes, speakers will uncover the changing outline of early modern medicine across borders and contexts.

Sixteenth-century ‘medical humanism’ is a much-studied phenomenon, and the contributions of fourteenth-century physicians to the liberal arts are undisputed. However, less attention has been paid to the interaction of medicine and humanism in the Quattrocento. Yet the earliest and most widely-circulated humanist educational treatise was written by a medical doctor: Pier Paolo Vergerio’s De ingenuis moribus (c. 1403). This paper uncovers the medical dimension of Vergerio’s thought, and shows how his Aristotelian-Galenism – no less than Cicero or Quintilian – informs his notions of childhood, education, and the liberal arts themselves. It argues that features of his text now deemed typical of a ‘humanistic’ or ‘liberal’ education (such as its emphasis on individuality and on learning for

pleasure) are, in fact, reflections of contemporary Medicine. Futhermore, the paper embeds Vergerio in the intellectual context of the court of Francesco Novello da Carrara of Padua, a city famous for its medical faculty.

Surgeons Become Doctors: Anatomy as a Competitive Field between Physicians and other Medical Professions

With the increasing number of universities being founded, the number of doctors in the German-speaking world has been growing since the beginning of the 16th century. Their therapeutic powers were limited to drug treatment, as guild laws granted the treatment of wounds and externally visible diseases to surgeons alone. Nevertheless, the latter saw themselves controlled by the physicians in municipal and princely offices. A phenomenon that has hardly been researched to date is that of surgeons who studied medicine and thus attained the qualifications for political offices, academic positions, and the dual authority to practice. Initial studies show that these student surgeons usually only completed the art-studies in their home country and then went to Italy or southern France specifically to study medicine. This paper aims to show the attraction of the prominent subjects of anatomy and practical surgery for these healers who, unlike the doctors, were able to directly transform this knowledge into therapeutic measures and political capital at home.

When a complex of symptoms involved more than one organ and in ways that were unexpected or not clear, early modern physicians explained them through anatomical connections, either real or supposed. Pores, channels and vessels were pressed into service of physiological theories that aimed at making sense of why peccant humours could affect parts as distant as the genitals and the head, or the liver and the (left) elbow. Such an approach was helped along by the strict adherence to the Hippocratic classification of the body into “contained”, “containing” and “moving” parts (contenta, continentia, impetum facientia), which had established a clear connection between the onset of disease and the underlying structure of the organ. However, the impact that early modern physiological theories exerted on the visualisation and the actual dissection of the body remains largely unclear. By drawing on a variety of unpublished anatomical notes, in this paper I call attention to some early modern case studies of anatomical inspections. My aim is to highlight the deep continuity that in the early modern period existed between physiological speculation, dissection and the conceptual, visual and spatial representations of the body.

Academic Physicians and Popular Magic in the Renaissance

The lively and often controversial learned debates on magic and witchcraft in Renaissance Europe have been the topic of numerous historical studies. This paper will seek to complement this work by looking at physicians’ personal notes and letters, medical case histories, and similar sources, especially from the German-speaking areas. Drawing on these sources, it will attempt to reconstruct to what degree and in what way learned physicians encountered magical beliefs and practices in their communities, in their daily practice, and how they reacted to them. As the paper will argue, the rise of empirical approaches in 16th-century learned medicine fostered a certain openness for popular magic, counteracting to some degree the physicians’ desire to set their medicine apart from that of popular healers and the common folks.

The event is free to attend but registration is required. To register click here. 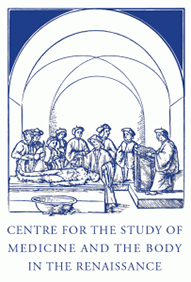